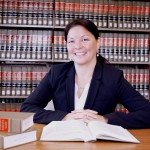 Setsuko Regina Gormley, also known as Gina, is locally grown, graduating from Aiea High School. She received her Bachelor of Arts in Political Science and East Asian Languages and Cultures, from the University of Southern California in 1999. She received her Juris Doctorate Degree from Thomas M. Cooley Law School in 2006.

During law school, Gina volunteered at Immigration Legal Services in Lansing, Michigan, and completed her externship at the East Los Angeles District Attorney’s Office. Gina also received a Top Five Advocate Award after competing in both the Moot Court and Mock Trial Competition.

Gina started her own practice in 2014, focusing on Criminal Defense, Family Law, and Immigration.

Gina is proficient in Japanese.

Gina volunteers for the Clemency Project and is a member of the Hawaii Innocence Project.  Gina is also a member of the Right to Counsel Committee of the Access to Justice Commission.